The Mount Dora Center for the Arts is an IRS Approved 501C-3 Not for Profit. Your tax deductible donation helps to keep ART alive. Through YOU, we can provide grants for art education and classes to underprivileged children and adults in our community. 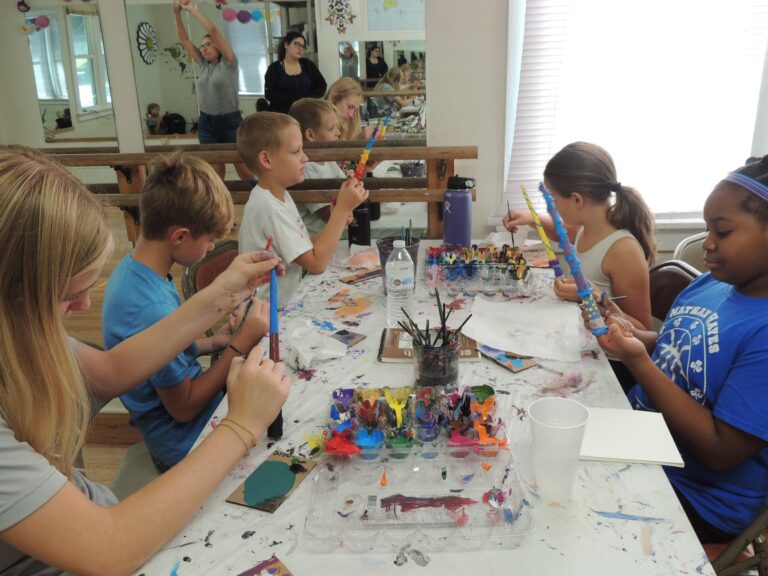 Keep the kids busy and creative with an interactive curriculum focused on Art. Get ready for SUMMER ART CAMP 2022- Art FUNdamentals!  Summer Art camp dates run NOW through July 29 with half day and full day sessions. No classes 4th of July week.  Spaces fill up fast so Sign up now!

Experience hands-on learning and have fun! Instructors from multiple disciplines are ready to show both children and adults how to use their imagination to create unique works of art.
CLICK HERE

Art in the Alley/ Art Stroll 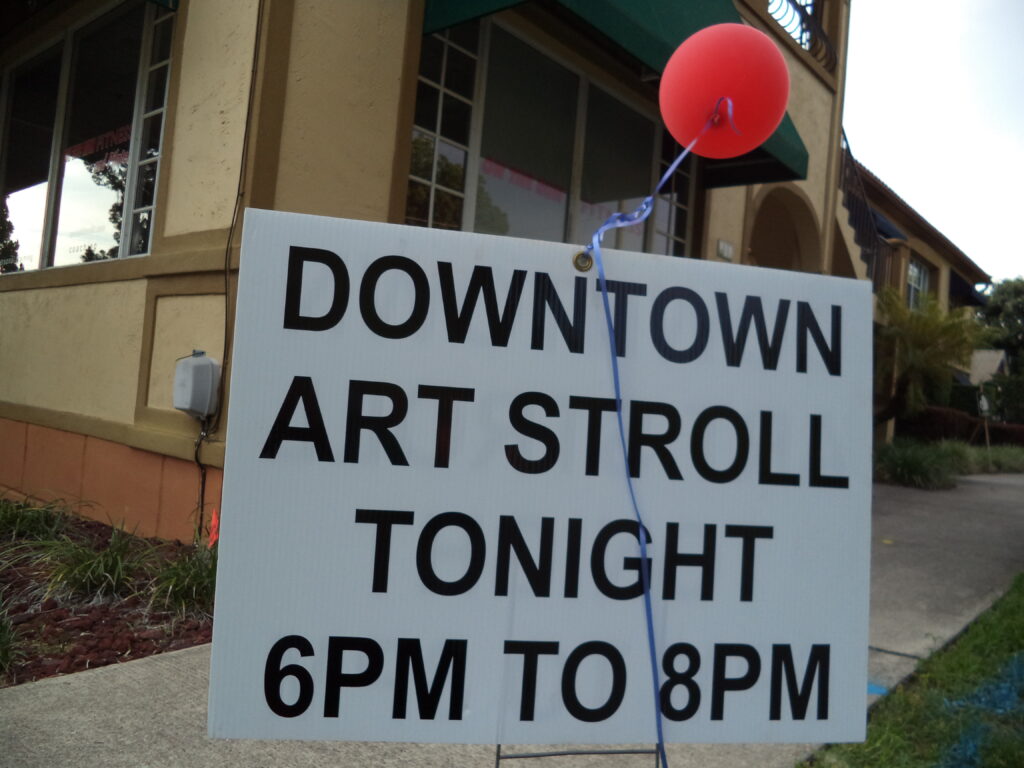 Every 3rd Thursday from 6-8PM, participate or support local artists. Enjoy live entertainment, take a “Gallery Gazing” tour of local galleries or stop by for a glass of wine.

NOTICE! Due to construction on Royellou Lane, the “Art in the Alley” portion of ART STROLL will be cancelled until work is complete later this summer. Please continue to support the local galleries by visiting them every 3rd Thursday for Art Stroll. 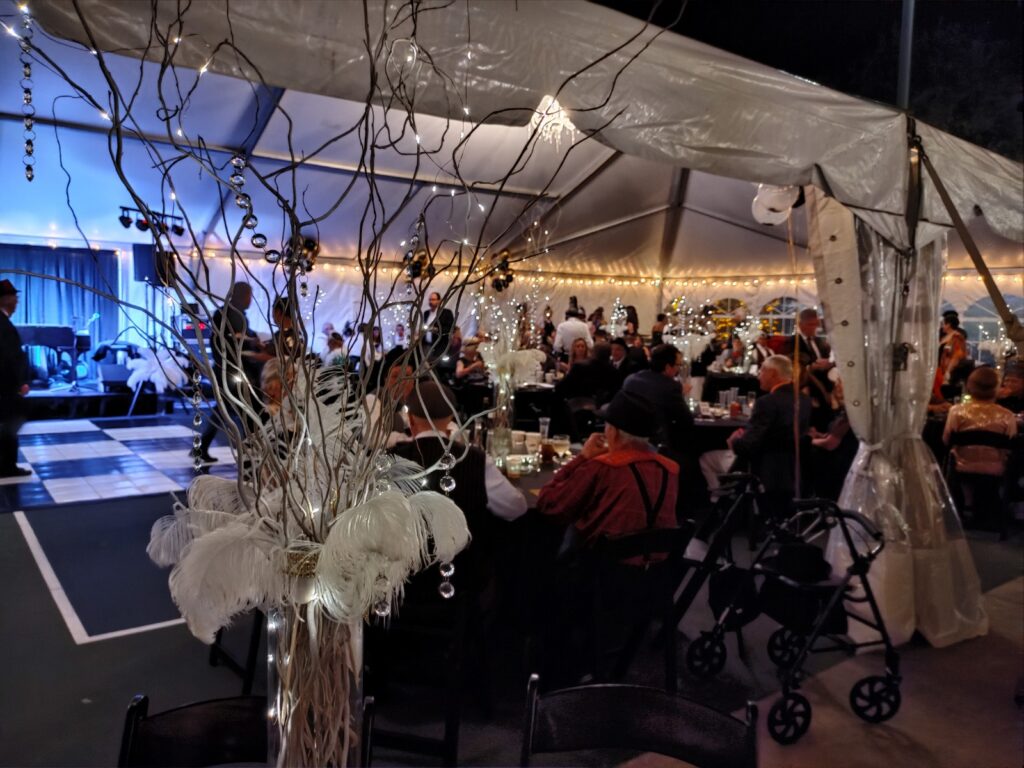 Ring in the new year at Mount Dora Center for the Arts annual fundraising party in STYLE. Slip into that fancy dress or get your best dapper attire on and head over to Donnelly Park with the backdrop of a million twinkling holiday lights on December 31. There is always live entertainment, premium open bar, gourmet food and amazing trips and items to bid on at the silent auction. Afterwards you can walk downtown to the waterfront to watch Fireworks at midnight! 2022 details for the GALA are coming soon!

Join us on the 1st weekend in February for the annual Mount Dora Arts Festival. This nationally ranked event is held on the streets of historic downtown Mount Dora, Florida. Experience more than 250 fine artists showcasing a vast array of incredible talent in this juried event. There will be wine tasting, music and festival food to round out the amazing weekend. The event runs 9am-5pm on Saturday and 9am-4pm on Sunday and is FREE to attend.

The 2023 Mount Dora Arts Festival is Presented by G3 Development, Subaru, and the Mount Dora Center for the Arts.

Be a pART of it! Being a member means connecting to the arts and cultural community on many levels. Take a class. See an exhibit. Sponsor a child. Become a cultural ambassador for local arts. Your membership ensures the continuation of exciting art education and thought provoking exhibits in our local community.
JOIN NOW

The Mount Dora Center For the Arts gallery is located at 134 E. 5th Ave in Mount Dora, Florida. Hours are M-F 10AM-4PM. Admission is free but donations are greatly appreciated. Gallery Volunteers are needed! If you would like to be a docent, please contact info@mdca.org

Give the Gift of Art

Treat that special someone to an Artistic Experience with a gift certificate toward a class or event at Mount Dora Center for the Arts! Gift Certificates can be purchased in various dollar amounts. An email with your special code will be sent to you to print out and can be applied to classes, membership or any ticketed event.
Buy a Gift Certificate

The mission of Mount Dora Center for the Arts is to inspire curiosity, support creativity, and enrich lives through art, exhibits, and education.

DONATE HERE through a membership plan

The Mount Dora Center for the Arts is an IRS Approved 501C-3 Not for Profit. Your tax deductible donations are greatly appreciated.

1975- A group of art-loving citizens hold the first Mount Dora Arts Festival. It is a small but successful event that brings beautiful artwork to the streets of downtown Mount Dora, Florida. It is decided to have an Arts Festival every year.

1984- Many of these same citizens who organized the first Arts Festival band together to form the Mount Dora Cultural Council. It is their goal to celebrate the arts in Mount Dora, as well as further promote and improve the quality of the Arts Festival. Staffed by volunteers and funded through membership dues and private contributions, the Cultural Council begins to grow.

1985- The Mount Dora Cultural Council moves into a two story building at 138 East 5th Ave to provide art education to local children and adults.
1986- The Board of Trustees resolves to change the name to Mount Dora Center for the Arts (MDCA).

1995 – With a 30% down payment and owner-financed mortgage, MDCA buys the building where the Arts Center is currently located.

2021- MDCA outgrows their space. Having no elevator for instructors, students and guests in the old, two story brick building plus the rising cost of repairs and no where to expand, the MDCA board makes the decision to sell their building.

In April, 2022 MDCA closed on the sale of their building. Proceeds will be used to invest in the growth of the center and help to build out a new, state of the art facility on Royellou Lane, right behind their old location on 5th Ave. Construction is set to begin in Summer, 2022.

Today, Mount Dora Center for the Arts brings art to lives through their annual Art Festival and events,  classes and workshops,  gallery exhibits, children’s outreach programs, and through partnerships with local art studios.

A new Board president, building and Executive Director are part of Mount Dora Center for the Arts favorable new growth plan

MOUNT DORA, FLORIDA, UNITED STATES, April 5, 2022 /EINPresswire.com/ — Mount Dora Center for the Arts (MDCA) announced today that positive changes are underway at the center. The not-for-profit released new information regarding a new Board president, the sale of their building and their search for a permanent Executive Director.

Established community leader Cathy Hoechst was voted in unanimously as MDCA’s new Board president in March. Hoechst is the former mayor of Mount Dora and her extensive and ongoing work with multiple organizations will add a level of experience to successfully lead the center.

Hoechst says, “We are excited to announce that the sale of our building has closed. We have outgrown our current location and look forward to expanding into a newly built, state of the art facility in the next year.”

The iconic art establishment isn’t going far. Hoechst says, “We aren’t leaving Mount Dora. The new building will be built directly behind our current location at 138 E.5th Ave in the heart of downtown Mount Dora on Royellou Lane. “

Other notable news at MDCA is the announcement that Janet Gamache, the acting Interim Executive Director since October 2021 has accepted the board’s offer to serve as the center’s permanent Executive Director.

Gamache, who is well known in the community for her roles in marketing at Visit Mount Dora, a not-for-profit organization that works to attract visitors to town, as well as being a local business owner, led two annual fundraising events at MDCA during her interim role that resulted in record breaking profit for each event.

MDCA’s largest fundraiser, the Mount Dora Arts Festival is held in February each year. As many as 300 juried artists from around the country show up to exhibit, sell and compete for cash awards on the streets of downtown Mount Dora, FL. It attracts more than 100,000 visitors each year and takes dozens of volunteers to manage. Gamache, already a nationally ranked festival coordinator said it ran smoothly and without a hitch.

“Coordinating people and projects is second nature to me. Having the opportunity to work doing what I love to do, support the arts, and in the community that I call home is a dream.” Gamache adds, “Art education and giving everyone and anyone the chance to experience artistic creativity is the mission of MDCA. Through successful fundraising, we will continue to offer thoughtful exhibits in our gallery and showcase world class artwork at our annual Arts Festival free of charge.” MDCA also awards scholarships to children of financially restricted households to experience creativity through art classes and Art Camp every year.

Registration for Summer Art Camp is now open for enrollment. To register or to sponsor a child for the 2022 season, go to www.MountDoraArt.org.

Mount Dora Center for the Arts is an IRS Approved 501(C3) not-for-profit whose mission is to inspire curiosity, support creativity, and enrich lives through art, exhibits, and education.

Support the Arts in Lake County! The Florida Arts License Plate Program was created by the Legislature in 1994. Funds collected through the sale of these specialty plates are distributed to the counties where the plates are sold and are used to support arts organizations, programs, and activities within that county.
Lake County receives money directly from the Department of Highway, Safety and Motor Vehicles. The Lake County arts and Culture Alliance is the designated recipient organization to administer funds that support arts activities within our county. Get yours today! 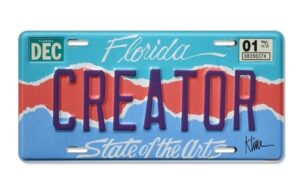 Mount Dora Center for the Arts is appreciative of the grant support we receive from United Arts, Lake County, the State of Florida, and NEA.