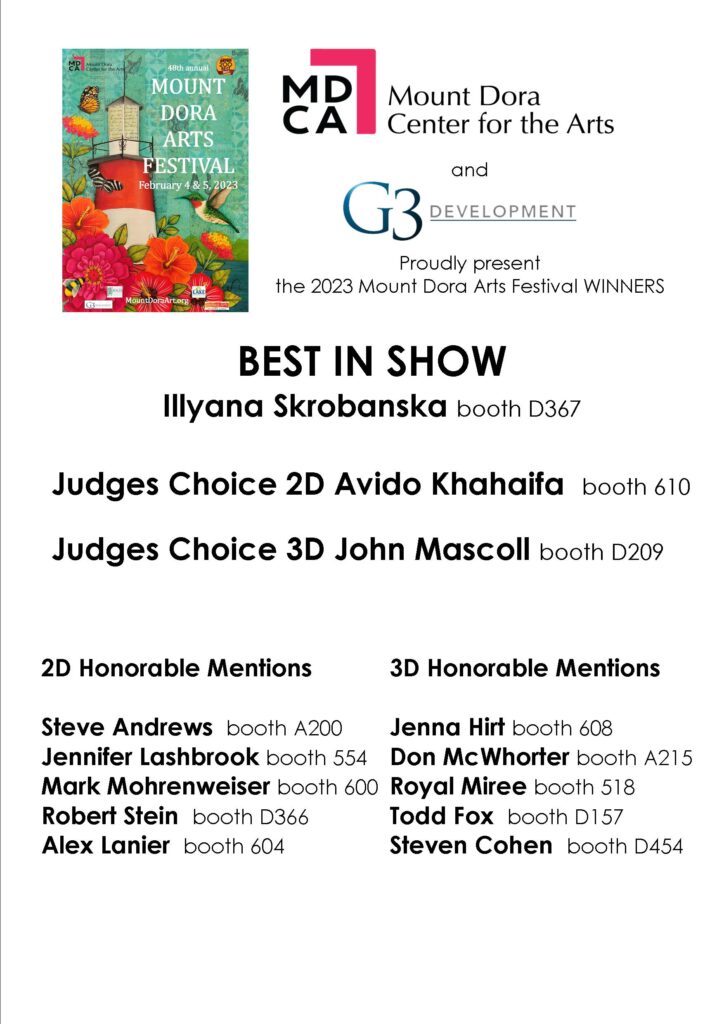 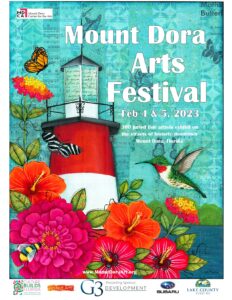 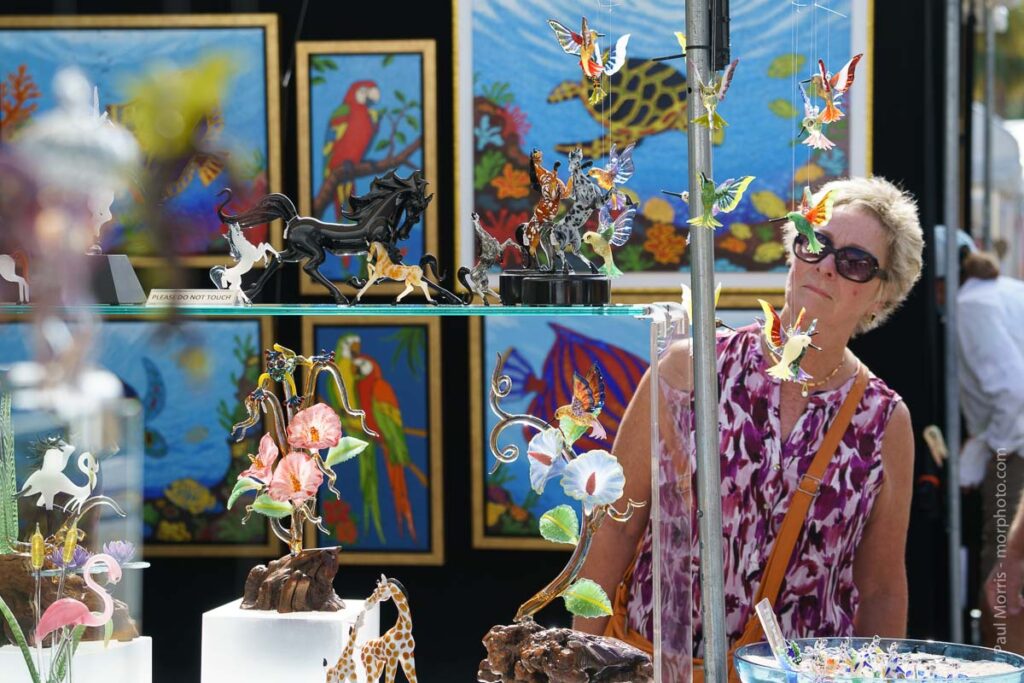 Experience the excellence of the nationally ranked Mount Dora Arts Festival. Held each year on the first weekend in February, 300 juried, fine artists set up to exhibit and sell their unique, exquisite artwork on the streets of downtown Mount Dora, Florida.

The 2023 Presenting Sponsor is G3 Development.  Thanks to their generosity, this event remains open and free to attend. 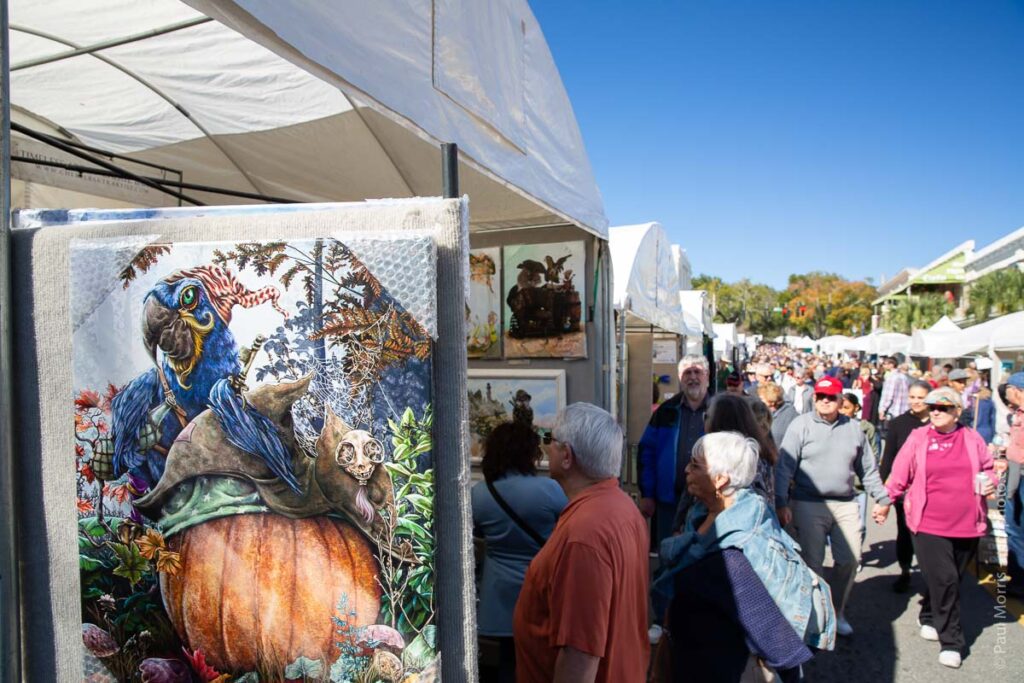 WHEN is the Mount Dora Arts Festival?

WHERE is the festival held?

The festival is held on the streets of the historic walking district of downtown Mount Dora, Florida. You can GPS  510 N. Baker St, Mount Dora, FL to get close to the event. Once you see the barricades and tents, you know you have arrived.

Is there an ENTRY FEE?

No, the event is FREE to attend. The Mount Dora Arts Festival is hosted by Mount Dora Center For the Arts, a non profit 501(c)3. There are DONATION boxes around the event area. PLEASE DONATE to help support the event while you are there.

NOW through April 30, your donations designated to MDCA will be matched with 15% from United Arts of Central Florida.

THANK YOU for supporting Art in our community!

Is it PET Friendly?

Well behaved pets are allowed at the event but you are encouraged to leave Fido at home. The streets can get crowded and your dog may become uncomfortable. Some visitors are intimidated by dogs so be considerate of how your dog might be perceived by others. We want everyone to have a good experience at the event.

Is the event HC accessible?

Yes. The event is held on the streets of downtown Mount Dora, FL.  HC parking is available behind City Hall at 510 N.Baker St.  Spaces are limited. TIP: Your chances are better on Sundays or late in the day. The festival can be heavily attended during mid afternoon.

Do you have wheelchair/stroller rentals?

Sorry, wheelchairs, scooters and strollers are not available to rent at the event.

What else will there be besides Artist & Crafter booths?

There will be live music on Sat and Sun in Donnelly Park where you will find great festival food. Beer, wine and cocktails can be purchased at kiosks around the event area and carried around while you enjoy the beautiful art. Local shops will be open during the festival so take some time to explore the sidewalks too!

Parking can be a challenge in historic downtown Mount Dora. Take the Shuttle offered at the empty lot located at 900 LINCOLN AVE Mount Dora, FL. (There are NO Shuttles from Mount Dora High School)  You can also look around for residents parking cars in their yards. They typically charge a fee but its worth it to get close to the event.

Tour Buses have a dedicated route to drop off/pick up guests and a remote lot location to stage and wait. Click HERE to get the bus route map.

Is there an ATM?

Yes there will be ATM’s set up in various locations inside of the event. Many exhibitors accept credit cards but with limited internet availability, having cash on hand is a good idea!

Is there a Kid Zone?

From time to time, a free kid zone is offered by a community partner on the tennis court in Donnelly Park. There will be no Kid zone in 2023. 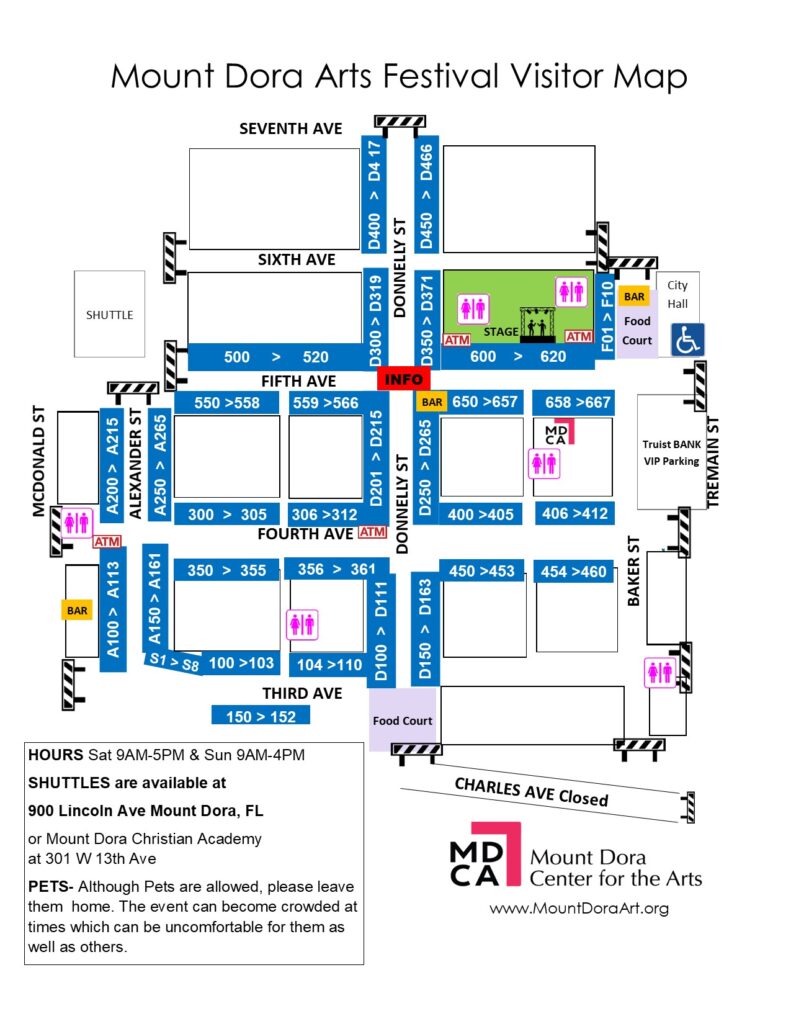 Lisa’s statement: I am a mixed media painter who works mainly with acrylic paint, decorative paper, books, and other printed materials on wood canvases. I draw much of my inspiration from the beauty of nature and the joys that life brings. Spending time with my family as well as being out in the natural world energizes me and has inspired me to paint the things I love. The main subjects of my pieces are plants, animals, and beautiful things in life. In my work, I take the time to craft intricate detail with care and warmth. Vibrant colors, texture, and dimension are hallmarks of my paintings. The building of the layers and the process of creating detailed and delicate pieces is something I truly enjoy. See more work at her Website HERE. 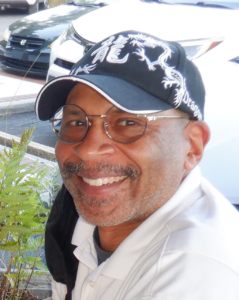 Shiniko Floyd, or Niko, as he is more commonly known, grew up in Southeastern Virginia. His creativity was encouraged by both of his parents and after graduating from Warwick High School in Newport News, he went on to graduate from Virginia Commonwealth University, in Richmond, with a degree in commercial art and design.

After graduating, Niko worked at local advertising agencies as a freelancer for several years before he, quite unexpectedly, landing a job at the local newspaper, The Daily Press. He worked at the Daily Press for several years before being transferred to the Orlando Sentinel, another Tribune newspaper. Altogether, Niko spent almost 28 years working in the newspaper industry as a news artist.

Niko’s time in newspaper taught him the value of versatility. The job required him to be an illustrator, designer, cartographer, researcher, reporter and more. Unlike when he started, today, most newspaper work is digital, done on computer, whether illustration, designer or maps.

In 2019, Niko received the Artistic Endeavors Award, for his skill, diligence and creative energy that has consistently been on display in the community.

He currently works as a graphic designer for OATA, and still attends life drawing classes and workshops to improve and broaden his traditional drawing and painting skills. 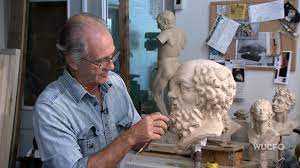 Classical antiquity influenced Jack’s figures, but his whimsey and sense of humor also found expression in his growing body of sculpture. His work encompases a wide range of subjects using wonderfully unique images that create delightful and thought provoking art.